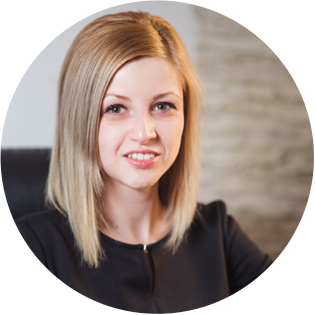 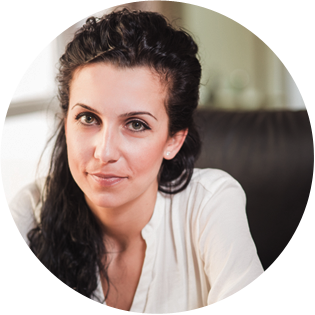 Angelina Dobreva has more than fifteen years experience in EU and donor-funded projects, gained both in Bulgaria and Spain – one of the most successful beneficiaries of EU Structural and Cohesion Funds.

Angelina started her career in donor-funded projects as personal assistant to Bulgaria’s Minister of Justice and European Legal Integration and Coordinator International Programs for the Ministry. She was in charge of establishing the Ministry’s relations with the TAIEX Office of the European Commission and joint projects with international organisations for legal assistance.

In 2001 Angelina started working for AC & G S.A., a Madrid-based consulting company specialised in strengthening the competitiveness of Spanish enterprises with EU funds and consulting Spanish municipalities on EU funding for economic development. Angelina was hired by AC & G S. A. to prepare a strategy for the consultancy’s expansion in the EU applicant countries, investigating the full range of pre-adhesion funds and EU-universal programs for opportunities within AC & G expertise.

Later on Angelina entered into Spanish national projects financed with Structural Funds and EU initiatives. In this area Angelina drafted a strategic plan for the overall economic development of the Resort of Llanes, a strategic plan for the development of the construction sector in the Asturias Region and a number of large-scale project proposals under the EU Initiative INTERREG III A. Angelina was also a core consultant on the Impulsa Project whose objective was the strengthening of Spanish employee-owned small enterprises through EU funding.

In 2004 Angelina returned to Bulgaria as a consultant to Elana Holding. In the following three years she  investigated and proposed strategies for the Holding’s development in the area of donor-funded business consulting, formed consortia for the Holding’s participation in tenders, supported the company through the application process and the structuring of large projects.

After Elana Holding-Eneffect-Econoler Consortium won the largest donor-funded project for Bulgaria – the Bulgaria Energy Efficiency Fund Project, Angelina became the Consortium’s project manager.  As such she coordinated the initial input of the three companies in the Consortium towards the project, managed the public-private partnership between the Consortium and the donors – the World Bank, the Austrian and the Bulgarian Government, and organised the initial set-up of the project according to the donors’ requirements.

Angelina has earned the postgraduate title of Expert in Disparities, International Cooperation and Development from the Complutense University of Madrid. The area in which she specialized during her studies in Madrid was “The EU pre-adhesion funds: analysis of the mechanisms and trends.  Opportunities for transfer of the Spanish experience to the applicant countries.”

Angelina is fluent in English and Spanish.

Desislava holds a BA degree in International Economic Relations and a MA degree in Financial Management  from the University of National and World Economy in Sofia.

Silviya is managing the EU-grant application process and the implementation phase of approved for funding projects focused on investments and innovations in areas like machine building, construction, IT, electrotechnics, metal works, etc. Silvia is a highly specialized consultant in drafting and management of projects under Operational Program “Innovations and Competitiveness”.

Silviya is fluent in German.

Milena researches the future market realization of products, services and technologies applying for grant assistance under projects prepared by Ad Decum and drafts strategies for the market realization as part of the projects. Milena holds a MA degree in European Communication Studies from the University of Amsterdam and  has international work experience in sales and marketing, communications and project management.